COFREND has unceasingly adapted to the NDE requirements of the profession for over fifty years thanks to a solid, progressive organisation.

Founded in 1967, COFREND is an association governed by the Law of 1 July 1901 and the Decree of 16 August 1901. Its head office is at 64 rue Ampère, 75017 Paris. It is governed by a Board of Directors comprising 21 members elected from two bodies representing NDT professionals.

The Executive Committee is made up of the Vice-Chairman, the Confederal Secretary and the Treasurer appointed from the members of the Board of Directors under the chairmanship of the Chairman of COFREND.

The Confederation relies on the knowledge and expertise of all its members to make a success of its various missions. The members come from miscellaneous activity sectors and are involved in non-destructive testing. The Confederation is organised into Commissions, Committees and Working Groups. 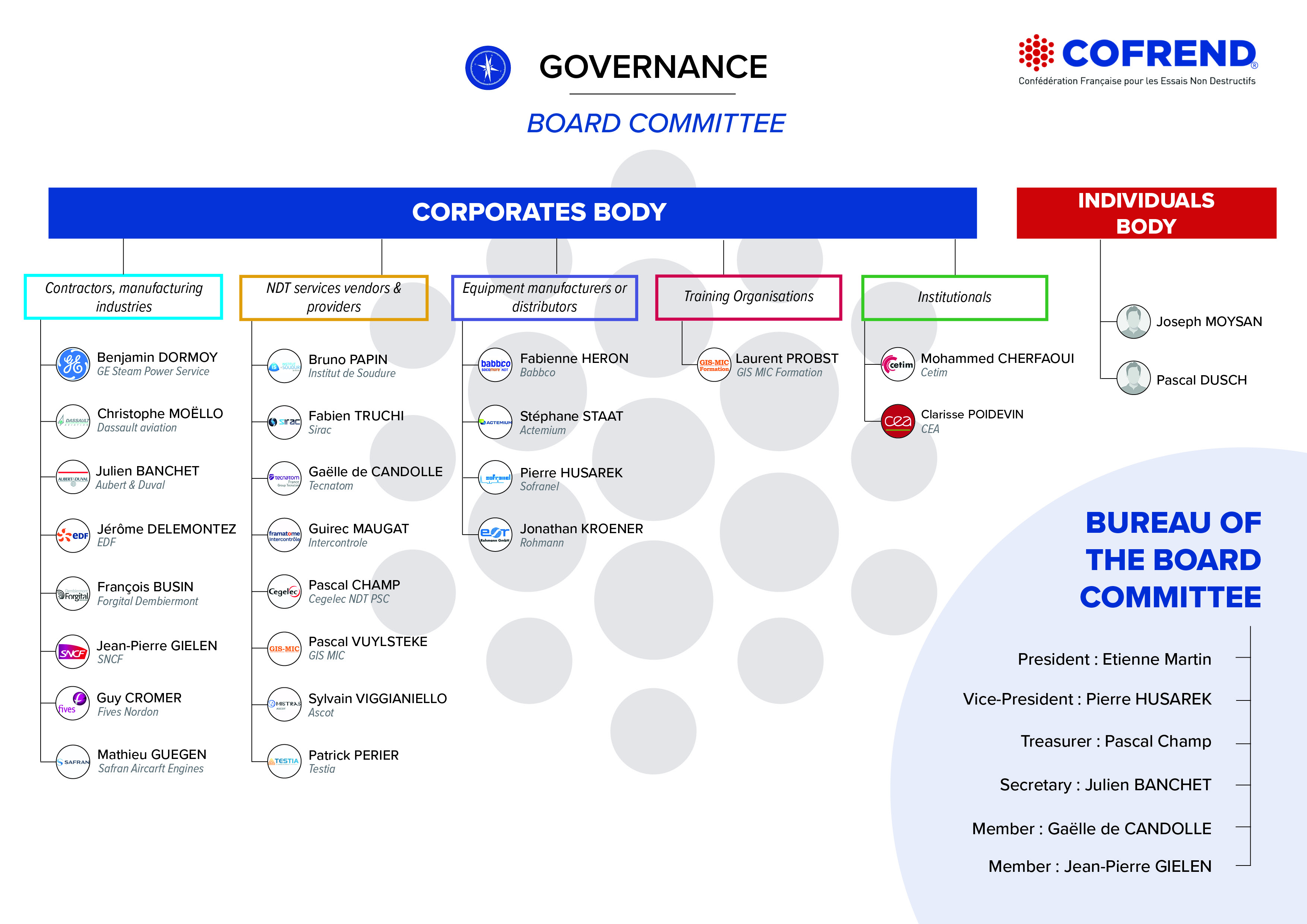 Apart from this organisation, COFREND has a significant regional presence through its six Regional Committees which are in charge of running the life of the association in the territory, thereby facilitating contacts between NDT professionals through regional Technical Days.

France is therefore broken down into six regions:

The COFREND Management has a team of permanent staff members based at its head office in the House of NDEs. It manages the entire Confederation by running and coordinating a large number of bodies and players in a variety of topics: managing the certification and qualification system, promoting the profession, developing research and exchanging experiences and information.

About 350 people work as volunteers to promote the NDT sector